Bruins look to stay hot in clash with Oilers 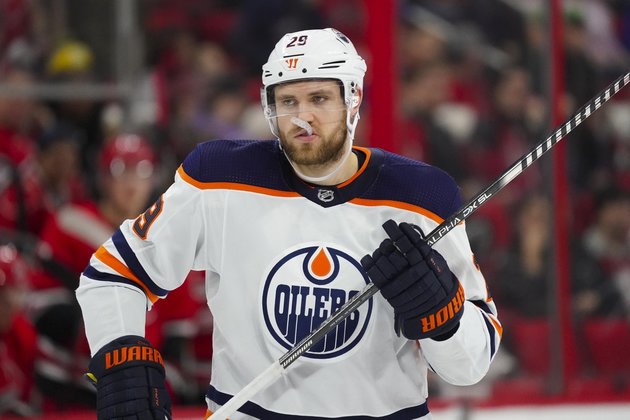 The Boston Bruins have won nine of their past 10 games, yet have still lost ground in their bid for the Presidents' Trophy and the Atlantic Division title.

That's because the Tampa Bay Lightning have won a franchise-record 11 games in a row, pulling within a point of the Bruins in both races.The Bruins, who open a three-game western Canada swing Wednesday night in Edmonton, don't seem to be looking in the rear-view mirror, however.

"We just try to take one game at a time. That's all you can do," said Boston forward Charlie Coyle, who scored a short-handed goal Sunday in a 3-1 victory against the host New York Rangers that proved to be the winner. "We just focus on ourselves. I think if we do that, we play the right way, we'll end up where we want to be."

The Bruins have been stellar at both ends of the ice, allowing just 13 goals over the past 10 games. The only time they allowed more than two goals in that span was in a 3-1 loss in Detroit, in which the Red Wings clinched the victory with an empty-netter.

"We're playing complete games," defenseman Charlie McAvoy said. "Every game is not going to be perfect, you're going to have lapses and mistakes. That's natural. But we're finding a way to play our game for a much larger percentage than when we have those lapses ... we're able to keep those mistakes to a minimum and find the result that we want."

After going scoreless in the first 51 games of the season, McAvoy had scored three times in the past six games, including in each of the past two.

"I knew I hadn't scored, but I wasn't losing sleep at night," McAvoy said. "It is nice to get a couple in a short amount of time, more importantly we got two wins on this back-to-back."

The Oilers have won four of their past five games, the lone blemish a 3-1 defeat at Tampa Bay. They've been without captain Connor McDavid for the past four games with a strained left quad.

NHL points leader Leon Draisaitl has picked up the slack, scoring 10 points (three goals, seven assists) over those four games to earn the league's "First Star" of the week award and pull 13 points clear in the scoring race.

Josh Archibald tallied twice, including the overtime winner, in a 4-3 victory Sunday at Carolina.

"All four games (McDavid's) been gone, we've played very solid, all-around hockey," Draisaitl said. "That shows a lot of character. Guys like (Archibald), whoever it is, they're just filling in roles. Hats off to those guys. It's not easy going from 11 or 12 minutes to playing close to 20. They've done an amazing job. We're just looking to keep it going."

It has also helped that goaltender Mike Smith has gone 9-1-1 in his past 11 starts.

After Smith stopped a breakaway in overtime Sunday, Archibald scored 35 seconds later on a breakaway with Draisaitl.

"When (Smith) makes saves like that, you've got to come back and do something like that for him in the other end," Archibald said. "Ninety-nine times out of 100, (Draisaitl) is going to get that puck to you, so you've just got to be ready."

The Oilers will be without defenseman Oscar Klefbom against Boston, as the team announced Tuesday he will miss the next two to three weeks with a shoulder injury. 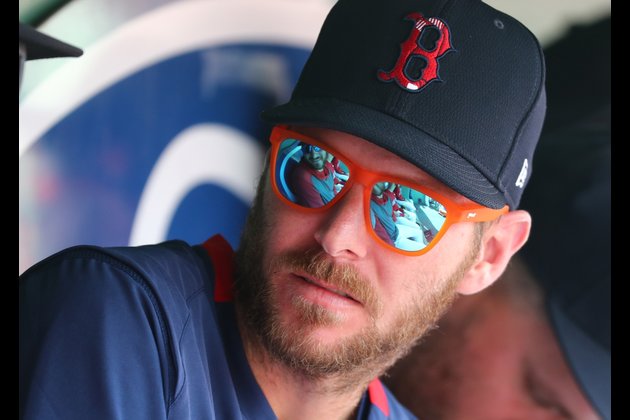