EU To Give Moldova 60 Million Euros To Handle Energy Crisis 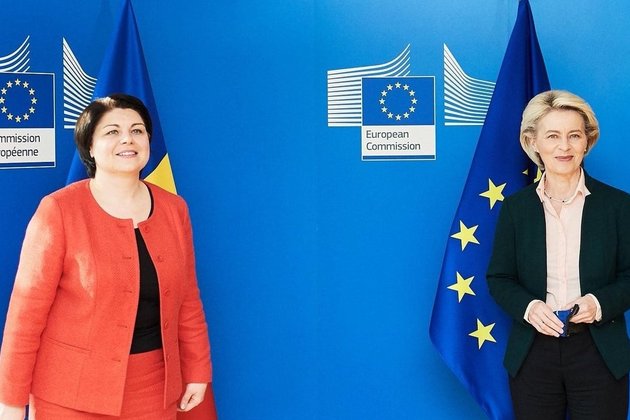 The European Union says it will provide Moldova with 60 million euros ($70 million) to help the country manage its natural gas crisis triggered by Chisinau's failure to agree on a new energy deal with traditional supplier Russia.

The government said it was the first purchase of gas from alternative sources in the history of independent Moldova.

The country sandwiched between EU member Romania and Ukraine declared a state of emergency last week after its gas contract with Russia's state-controlled Gazprom, the largest supplier of natural gas to Europe, expired at the end of last month, and the two sides failed to agree on details of a new long-term deal.

Gazprom has extended the contract to the end of October, while slashing its gas supply by about a third and raising the price to $790 per cubic meter from $550 last month. The government in Chisinau says it will continue talks with Gazprom and seek a 'fair' price.

Moldovan Prime Minister Natalia Gavrilita has blamed Moldovagaz, whose main shareholder is Gazprom, for not supplying the required volume of gas -- an accusation rejected by the company.

Gavrilita, who is in Brussels for an EU-Moldova Association Council meeting on October 28, thanked von der Leyen for the EU's show of solidarity. The 60 million euros is in the form of a grant, not a loan.

'There is no politicization here and there cannot be,' he said.

The country of 2.6 million people consumes 2.8 billion cubic meters of gas per year.

Moldova's energy crisis comes as natural gas prices across Europe and other parts of the world have soared to record levels in recent weeks amid a global supply crunch.