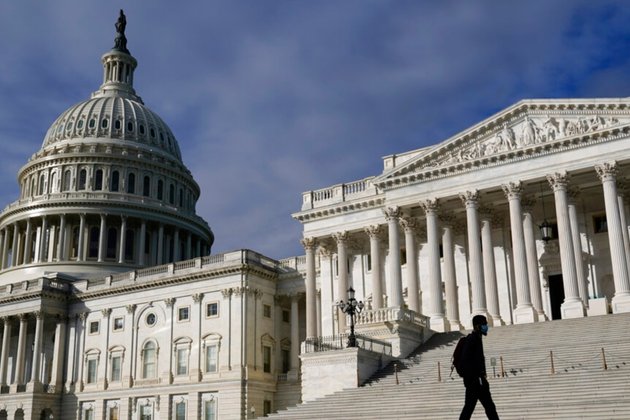 WASHINGTON - As Democrats in Congress fight among themselves over how much of U.S. President Joe Biden's Build Back Better social and environmental spending package to enact, disagreements over other proposals to raise tax revenue have party members proposing a novel and highly controversial 'wealth tax.'

Put forward by Senate Finance Committee Chairman Ron Wyden, an Oregon Democrat, the tax would force about 700 of the country's wealthiest people to pay taxes on unrealized gains on their assets. For example, Amazon founder Jeff Bezos would be required to pay taxes on the increase in value of the shares he holds in his company, even if he never sells them. 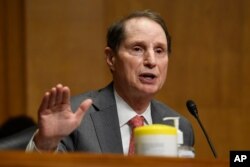 The tax would also be retroactive. If it were to pass, Bezos would owe a massive tax bill on the aggregate growth of his Amazon-based wealth dating to the company's founding in 1994. The proposal would allow the accumulated taxes to be paid over a span of five years. Going forward, Bezos' portfolio would be assessed annually, and the increase or decrease in its value would be the basis for an annual tax bill.

While supporters of the idea praise the plan for making the ultrawealthy pay their 'fair share' in taxes, critics say the plan would be difficult to implement and might even be illegal.

Wealth taxes are generally rare, with only a handful of countries in the Organization for Economic Cooperation and Development (OECD) levying them, primarily in Europe. Wyden's plan is getting attention now because other Democrats have shot down more conventional methods of raising revenue.

The Biden administration originally wanted to increase taxes on the wealthy by ending the practice of allowing investments to pass to a deceased person's heirs without being taxed. When Democrats in Congress balked at that, the party's leadership proposed a slate of tax rate increases. Arizona Senator Kyrsten Sinema, however, said she would not vote for any tax rate increase, dooming that proposal and prompting Wyden to put his plan on the table. 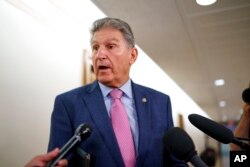 As of Wednesday morning, some Democrats, including West Virginia Senator Joe Manchin, were concerned about the plan. Manchin said he worried that 'targeting' specific individuals with higher taxes could be 'divisive.' With only 50 votes in the 100-member Senate and Vice President Kamala Harris available to break a tie, Democrats cannot afford to lose even a single one of their members, given that Republicans are expected to vote unanimously against the measure.

Some experts warn that the Democrats could run into trouble because they are trying to attach this new tax toward the end of negotiations on the bill.

'This has been picked up pretty late,' said Garrett Watson, a senior policy analyst at the Tax Foundation, a Washington think tank. 'They're trying to develop the details, including the drafted legislative texts that we got this morning, in order to determine how this will be administered.'

The details will be 'tricky,' he said. 'I think it still has a pretty arduous path forward, given concerns about how this may affect markets, about its complexity, about the fact that it is targeting a very narrow group of ... individuals.'

One legal challenge the proposal will almost certainly face is whether unrealized gains count as 'income' under the 16th Amendment to the Constitution, which made federal income tax legal.

If unrealized gains fail to meet the definition of income, the tax will not work. That's because when the federal government imposes taxes other than the income tax, the burden must be 'apportioned' so each state contributes a percentage commensurate with its share of the population.

Because billionaires aren't evenly distributed across the country, administering the tax would be practically impossible.

Even those who broadly agree with requiring the ultrawealthy to pay taxes on unrealized gains aren't sure Wyden's proposal will work.

'Finding a way to tax those investment profits is a good idea,' said Howard Gleckman, a senior fellow at the Tax Policy Center in Washington. However, he added, 'I'm not sure that the proposal that's circulating in Congress right now is the best way to do it.'

A major problem, he said, is that not all wealth increases are as easily measured as a portfolio of public company stocks. Much of the wealth of America's richest people is tied up in privately held companies, which are difficult to value, or in highly illiquid assets such as art collections, real estate and yachts.

Wyden's proposal recognizes that and waits until those assets are sold to tax them. It adds a surcharge, meant to approximate years of tax payments, to the capital gains tax paid on the asset's appreciation.

'Now you have two separate systems for taxing very, very wealthy people, and that's going to create a lot of additional complications,' Gleckman said. 'The solution takes what was already going to be a very complex addition to the tax code and makes it even more complicated.'

And the more complex the system gets, the more potential loopholes there are for wealthy Americans' tax advisers to exploit.

'When you impose a tax like this on billionaires, you're trying to tax people who have unlimited resources to hire the smartest tax lawyers that exist on the planet, and they will find ways to avoid the tax,' Gleckman said. 'Congress will try to anticipate all of the tricks that people will use, but they inevitably will miss some.'

Within the OECD, only five countries levy what the organization refers to as a 'recurrent tax on net wealth.' They are Colombia, France, Norway, Switzerland and Spain.

As recently as 1990, a dozen OECD countries had some sort of wealth tax, but over the years, most of those programs were abandoned.

'Wealth taxes have seen a pretty sharp decline in their use, particularly in Europe and the OECD over the last 20 or 30 years, because they have not been very workable,' said Watson of the Tax Foundation. 'The reason is exactly the type of issues we're running into now as it relates to valuation and liquidity. It just makes more sense to do it when (gains are) realized. And even in this proposal, we see that with non-publicly traded assets.'

The Wyden proposal attempts to fix a serious gap in the U.S. tax code that allows very wealthy Americans to pass vast wealth down through generations of heirs without paying significant taxes.

In the current U.S. federal system, the ultrawealthy can easily avoid paying taxes on their assets, especially if they are held in investments, because the only taxable event is the sale of those assets. Crucially, when a wealthy investor dies, the assets are transferred to heirs at their present value, meaning that the gains that they may have accumulated over years and decades are never taxed.

This results in many of the very wealthy using what tax experts call the 'buy, borrow, die' method of funding their lifestyles. Instead of selling their assets to obtain cash, they take out large loans from banks, which offer them at low interest rates because the borrowers pledge their investment holdings as collateral.

As long as their investment portfolio earns a return higher than the interest rate the bank is charging, they can continue to grow their wealth, even as they spend. When they die, their estate pays off the outstanding loans from the accumulated profit, leaving heirs a larger inheritance than would have been available to them had the underlying assets been sold to fund spending during the wealthy individual's lifetime.