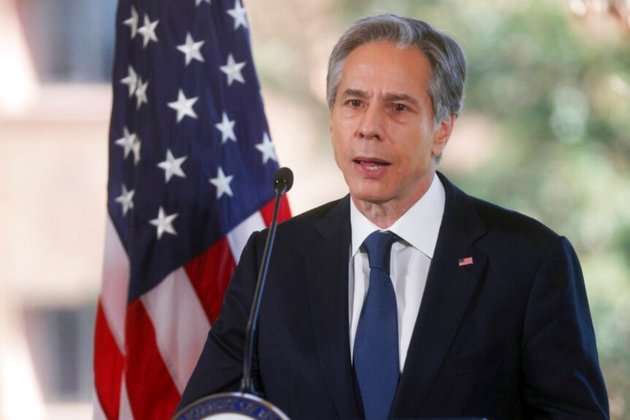 WASHINGTON - The State Department is creating a new Bureau of Cyberspace and Digital Policy to focus on tackling cybersecurity challenges at a time of growing threats from opponents. There will also be a new special envoy for critical and emerging technology, who will lead the technology diplomacy agenda with U.S. allies.

On Wednesday, Secretary of State Antony Blinken said the organizational changes underscore the need for a robust approach for dealing with cyber threats.

'We want to make sure technology works for democracy, fighting back against disinformation, standing up for internet freedom, and reducing the misuse of surveillance technology,' Blinken said in a speech on modernizing American diplomacy.

Blinken said the new bureau will be led by an ambassador-at-large. The chief U.S. diplomat is also seeking a 50% increase in State Department's information technology budget.

The announcement comes as hackers backed by foreign governments, such as Russia and China, continue to attack U.S. infrastructures and global technology systems to steal sensitive information.

Earlier this year, the Office of the Director of National Intelligence said that more countries are relying on cyber operations to steal information, influence populations and damage industry, but the U.S. is most concerned about Russia, China, Iran and North Korea.

A senior State Department official told reporters on Wednesday that Washington has been clear with Moscow that cyber criminals targeting the U.S. is 'not acceptable.' The United States has asked the Russian government to 'take action against that type of criminal behavior.'

Confronting cyberattacks continues to be 'a high priority' in U.S. relations with Russia, the senior official said.

China is also considered to be one of the United States' main cyber adversaries, having coordinated teams both inside and outside of the government conducting cyberespionage campaigns that were large-scale and indiscriminate, according to analysts.

Over the past year, experts have attributed notable hacks in the U.S., Europe and Asia to China's Ministry of State Security, the nation's civilian intelligence agency, which has taken the lead in Beijing's cyberespionage, consolidating efforts by the People's Liberation Army.

In addition to expanding the State Department's capacity on cybersecurity, Blinken also unveiled other steps to modernize American diplomacy, including the launch of a new 'policy ideas channel' that allows American diplomats to share their policy ideas directly with senior leadership, building and retaining a diverse workforce, as well as a plan to 'reinvigorate the in-person diplomacy and public engagement.'

The organization changes to beef up resources and staffers to tackle international cybersecurity challenges came after the State Department completed an extensive review of cyberspace and emerging technology.