India and Israel victims of terror, have to make terrorism disappear: Israel envoy to India 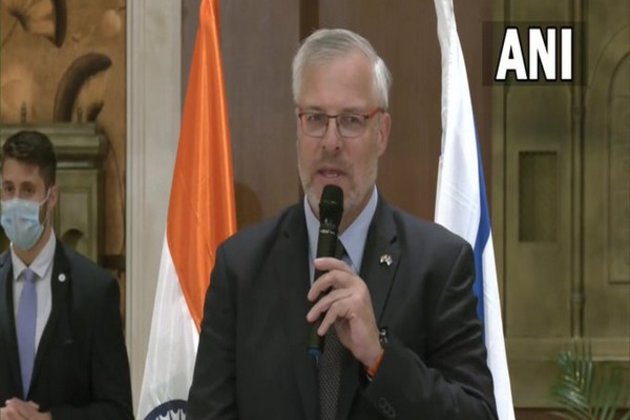 New Delhi [India] October 28 (ANI): Israel is cooperating with India in fighting terrorism and extremism and "we have to make terrorism disappear," Israel's newly-appointed envoy to India Naor Gilon has said.

In an interview with ANI, the envoy said that Israel is also a big victim of terrorism like India and is sharing its capabilities in fighting the menace.

"Terrorism is a sickness hitting our region especially but around the world, extremism is really bad. Israel is unfortunately big victim like India. We have developed our methods and its capabilities in fighting terrorism and we are very happy to share it with countries in general and India in particular and we do share it and we do work together. We have to make terrorism disappear, people have to talk to each other not to kill each other," he said.

The Israeli envoy said Iran is a big threat to his country and they also shared concerns with External Affairs Minister S Jaishankar during his visit to Israel earlier this month.

India shares good relations with Iran and both countries share common regional interests especially in the context of Afghanistan. Strategic Chabahar port has been built by India in Iran. The envoy said two friendly countries can have different interests.

"I think like many other issues, each country has its own vision and own interest because there is a difference sometimes between the two. Israel spoke at length with Indian Foreign Minister on how we see and perceives Iran. He made a point in saying India's interest in having Iran cooperate on Afghanistan. We are trying to settle different visions, interests and different interests," the envoy said.

Naor Gilon also said that recently held quadrilateral meet between India, Israel, US and UAE has no military component and is purely infrastructure oriented.

"This group of four is totally economic infrastructure of doing business and doing better for the region. So in general there is cooperation. This is not the right group for military cooperation but we do have bilateral, multilateral (cooperation) with..... this group of four," he added.

"Indian fighter jets participated in this international drill for the first time," he said.