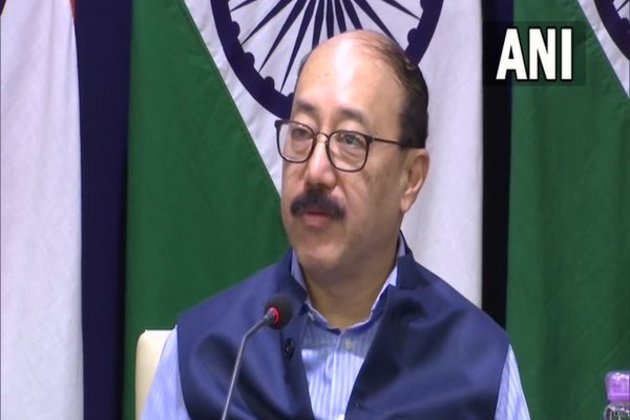 New Delhi [India], October 28 (ANI): India will raise issues related to cross-border terrorism, terror financing and terror-related activities having an impact on it and the world at the G20 summit with member countries also slated to discuss ways to build back from COVID-19 pandemic, Foreign Secretary Harsh V Shringla said on Thursday.

Briefing reporters about Prime Minister Narendra Modi's visit to Italy for G20 summit and to the UK for COP 26 meeting, Shringla said that G20 follows an economics-oriented agenda but India "will not be falling short in raising issue like cross-border terrorism, terror financing and terror-related activities having impact on ourselves and on the world".

"It is important to see policies on corruption, tax evasion, money laundering but we will not be falling short in raising issues related to terrorism," he added.

The two-day G20 summit will take place in Rome on October 30 and October 31.

Responding to a query on Afghanistan, the Foreign Secretary said G20 had organised a summit-level meeting on Afghanistan and the Prime Minister had participated in it.

"We have been forthcoming on humanitarian support. We did say we would like to see assistance in a direct, unhindered manner and distribution should be through other independent agencies. We are aware of the humanitarian needs of Afghanistan and we will be responsive to that situation if the correct situation is prevalent," he said.

The Foreign Secretary said India has used the G20 platform for steps to bring more tax transparency and curb tax evasions or avoidance, bribery and corruption.

He said there's unanimity in G20 "on building back from the pandemic by focusing on job creation, skill development and it is an important part of the overall discussions and agenda that will be there".

"Resumption of international travel through mutual recognition of vaccine, national vaccine document this is been our proposal and there's strong support within emerging market economies in the group in this regard," he said.

"Thus, it is fitting to say that over time G20 has emerged as not only the premier global forum for international cooperation but also an important platform to exchange, innovate and deliberate on policy issues that have a direct and tangible impact on the quality of life of our citizens and this could be in areas of global financial stability, sustainable finance, health, food security," Shringla said.

PM Modi will be in Italy at the invitation of Prime minister Mario Draghi. This would be PM Modi's eighth G20 summit.

The last summit hosted by Saudi Arabia was held virtually due to COVID-19 pandemic.